Feels good to be back in Kiev and this time it’s for the WESG European qualifier/playoff. We are here to represent Sweden since we won the Swedish qualifier, hopefully we will manage to make it to the final playoff in China later this year as well! There are 20 teams here from Europe who are fighting for 8 slots. There is a group stage here first at the tournament with 5 teams in each group where 3 teams proceed to the playoff. I’ve updated the “Upcoming games” tab if you are interested about when we are playing. There are a lot of games being played at the same time so I think the only main-stream and main-stage game we have is the one vs. F5 on Friday at 13:45 CEST.

WESG have other games as well like CS:GO, Hearthstone and Starcraft II so there will be a lot of European players, casters and personalities here. It’s always fun when the events have multiple games so you get to see people from the other games as well.

I’ll make sure to take some pictures tomorrow at the venue to post here. Until then I can only offer a picture of Midas when he was chilling in my lap while I was playing Dota just before I left for WESG! 😀 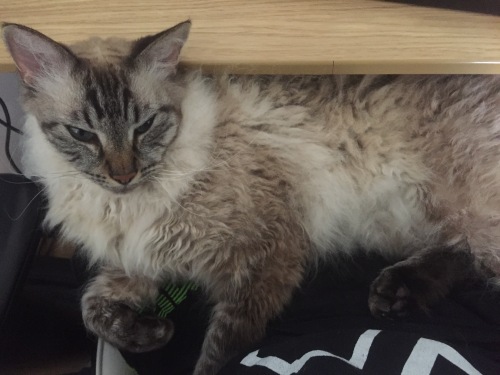 View all posts by Akke

10 thoughts on “Back in Kiev for WESG”